Clients are asking us, “What will be the effects of Hurricane Harvey flooding on real estate?”

Our first reaction is to say that it is too soon to tell what dynamics will affect residential real estate in Houston. These typically play out in unpredictable ways. There are so many unknown factors: government actions, insurance issues, future lending policies, aggregate consumer behavior and business reactions. 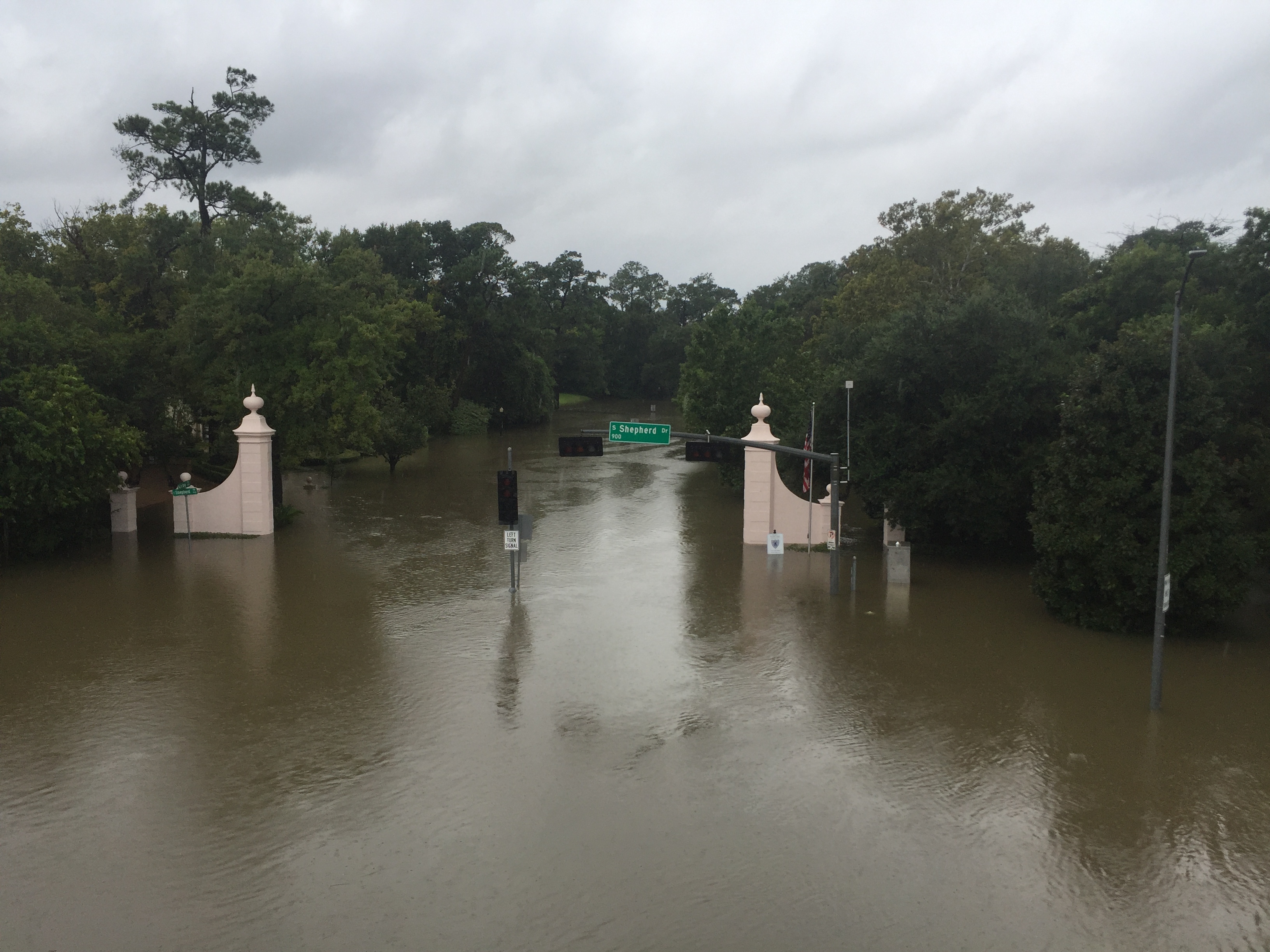 But clients are having none of that equivocation. They want some answers, now.

Most of the people we help to buy and sell property are concerned with the central Houston area, predominantly inside Loop 610. Our main focus is River Oaks and the close-by neighborhoods. We can draw some telling conclusions, thanks to being so close to the market and its participants.

Will there be an exit of residents from Houston because of the flooding? No. The people who live in Houston are not here for the fair weather and scenery. (I should mention that, after more than 30 years as a Houstonian, I have managed to become fond of both.) Residents either have strong, multi-generational ties to the area, or they come here for the economy. This will not change.

Will the price of unflooded properties soar? It depends on the price point. For properties we would define as economical or utilitarian, there will be an increase in sales prices. We’re talking about the under-$1 million market, especially the under $750,000 market. Qualified buyers, some of whom have had their existing homes flooded, will be inclined to buy without fussing too much about negotiating sales price, in order to get into a safe, dry home. And future buyers in this price range will certainly be more focused on properties that did not flood during Harvey. Supply and demand will affect price, at least for a couple years. (We address the high-end markets below.)

What will happen to neighborhoods that experienced widespread flooding? This follows directly from the previous comment. With Houston’s dynamic economy continuing to require a skilled workforce, it is inevitable that there will be strong demand for housing in central neighborhoods ‒ even those that flooded. Solutions will be found to develop houses that will avoid flooding by building on raised lots. You may also see a revival of pier-and-beam construction. This is small consolation, however, for the flooded homeowners in those neighborhoods who cannot afford to rebuild or buy new.

What other effects are you seeing? We have heard reports that apartment complexes have seen a sudden turnaround in just one week, from severe oversupply to much healthier occupancy levels. This flood event has changed everything for the owners of those buildings. So, too, condominium projects have gone from scary oversupply to becoming very busy with new enquiries. In both cases, their lenders will be happier.

River Oaks and the Flooding

Our opinion on pricing and sales volume has not changed much from our outlook in the mid-year edition of the River Oaks Market Report. We anticipate a strong level of sales in the second half of 2017 as soon as the post-hurricane daze wears off.

Sales prices in River Oaks will not be affected by flooding except for those houses that actually took on serious water. Thankfully, they were relatively few in number – mostly close to Buffalo Bayou along Tiel Way and Pinehill Lane – compared with the total 1,600-plus properties in the subdivision. Again, not much consolation for the property owners who did suffer.

There will not be a large influx of buyers from other flooded neighborhoods, simply because River Oaks is the most expensive neighborhood in Houston. Most people cannot afford to buy here.

On the other hand, it is possible (and even likely) that a few buyers, whose high-end bayou properties flooded in Memorial or in River Oaks itself, will reach out and buy something equally high-end in River Oaks that did not flood. That will take a welcome bite out of inventory levels in the over $4 million market here.

Over In West U

We consulted with another Greenwood King agent to explore the effects of flooding on the inside-the-Loop market. George Sutherland, a former River Oaks resident, now lives in West University Place and works in both markets. George is an economics-statistics wonk, which is why we ‒ and his clients ‒ respect his opinion so highly. Here are some of his thoughts post Hurricane Harvey:

Flooded homeowners all over Houston are currently going through a shock and stress period. Then many decisions follow, the initial being whether to redo and stay? Redo and sell? Sell the lot for new construction with a higher ground-floor elevation? How much FEMA and insurance settlement will I get? Can I get contractors, bids, materials supply, completion dates, etc.?

There are a lot of questions to deal with, and answers will take time, which means it will take time for this to all play out. It could well take the next six months just for this first phase of renewal to get underway. The effects will felt over the next three years.

For flooded properties it will be case-by-case with many variables, not the least of which is whether the home ever flooded pre-Harvey? “Never flooded” and “Did not flood during Harvey” will be the key words in MLS listing remarks.

Within West U, the heavy rainfall made the streets impassable at times for most vehicles; nevertheless, very few homes in West U were flooded, and there were no mandatory evacuations. Drainage improvements along the southern portion of College, where the 3800 and 3900 blocks intersect it seem to have made a difference, though a few homes there had water penetration. There also was some flooding in the townhomes along Bellaire Boulevard.

Inside Loop 610 it is important to remember that for many homes, the lot is worth more than the house itself and could be rebuilt upon with proper architecture/engineering to preclude or minimize another major flood situation. The more prime the location, the more likely a well-engineered rebuild on the lot. I think the new-home market will clarify sooner inside the Loop partially because it is less dependent upon a governmental decision re additional reservoir/dam engineering capacity and lawsuit settlements. The traffic nightmares that resulted from Harvey road closures will add incentive to folks to move to inner Loop.

Also over the next three years the Houston economy/job growth will be the key driver as in a normal market situation. Houston renewal job production and expenditure will be an economic driver in the short term.

Outside of real estate, we don’t yet know what extensive damage the Ship Channel industries have sustained. That will also generate repair and with it engineered improvement over the next year or so. My guess and prayer is that Houston will come back stronger. I hope some flood-prone areas will be converted to green space, parks, nature and ballfields. We will learn and be better prepared for the next inevitable hurricane event.