Houston is not destination real estate – that is, it’s not part of the globalized residential real estate market – despite wishful thinking among some of our clients.

There are cities around the world in which globetrotters and cross-continental investors will plonk down a tidy sum to buy a status property, either as a pied-à-terre (into which the owner’s foot is rarely ever set) or as an investment.

Low yields from more traditional investments in recent years have turned the attention of high-rollers to the potential gains in big-city residential real estate in the most expensive areas of New York, Los Angeles, Miami, London, Geneva, Hong Kong and Singapore. Sydney, Vancouver and a few others are in the next tier down.

These global buyers make their purchase decisions by using comparisons across continents. So, the same buyer may buy a penthouse in New York and offset the purchase with the sale of an estate property in Singapore.

Tax and personal security considerations can also be motivating factors.

Houston, and specifically River Oaks, is a strictly local market. Oligarchs and tech titans do not take a punt in the Bayou City. People buy houses here because they are from here or because they work here.

But the trends in global luxury real estate can provide some insights into the mood of Houston at the high end. So, let’s take a brief tour of the world, from west to east, as 2018 comes to a close. 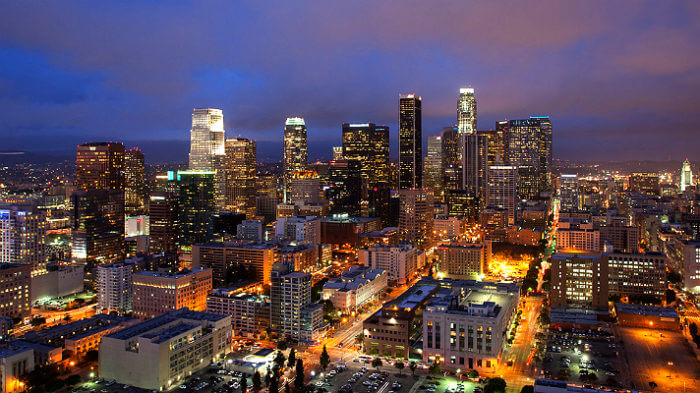 Following a very hot market for luxury properties in 2015, there was a large increase in speculative new-construction home starts. These new properties were finally coming on line in 2018 exacerbating an increase in inventory that was already underway. And, so, the market has waned. It was certainly a case of high-price exhaustion.

For a few years there was plenty of silly money from overseas ‒ mainly from China, India and the Arabian peninsula ‒ throwing itself at the luxury market in Los Angeles and driving prices ever higher. Recent currency controls of money flowing from China began putting on the brakes. It’s fascinating how, when prices gradually stop shooting higher, the interest of the high-rollers cools. They tend to get excited by runaway asset inflation, not by better values. 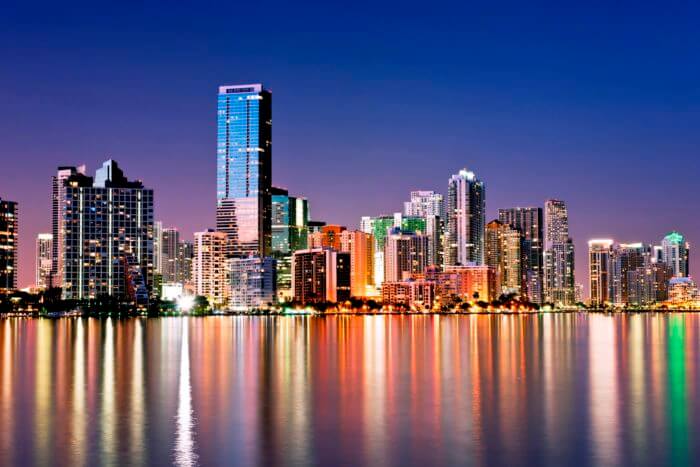 Both the luxury condo market and the market for high-end single-family homes saw significant price increases in 2018. Single-family inventory continues to contract, while the number of condos for sale has crept up thanks to new construction projects nearing completion. 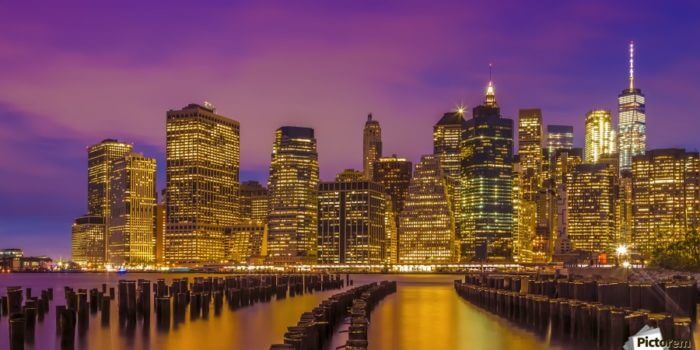 Manhattan’s inventory, months of supply and days on the market were all up. Closed sales were down, and pending contracts in the final quarter of 2018 were down even further, to significantly below the 10-year average.

Part of the problem was a glut of new construction inventory, but realtors also blamed a lingering hangover of unrealistically high-price expectations by sellers originating from the hot market in 2013 and a market psychology rife with uncertainty about politics and trade.

In the ultra-high market (generally properties priced at $20 million or more) the number of sales actually increased by 80 percent, but it also experienced the greatest discounts to list price and declines in price per square foot. Most of the activity ‒ and the price weakness ‒ was in the condo market. By contrast high-end co-op sales, especially those in the $5 million to $10 million range, while far fewer, experienced significant price gains. 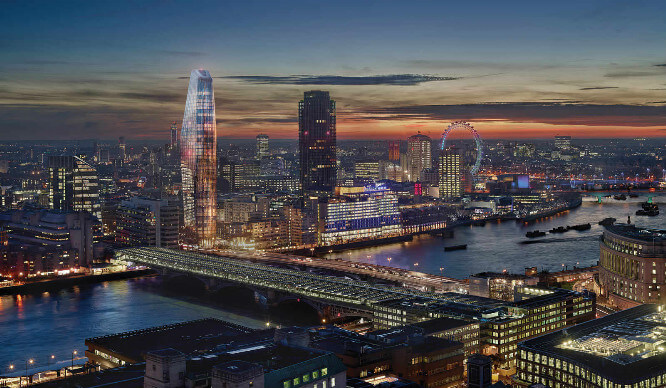 When real estate touts start talking about great buying opportunities you know that the market stinks.

It began with a tax hike on residential transactions in April 2016, followed by the Brexit vote in June of the same year. The market decline has been exacerbated by increased scrutiny of overseas money pouring into London prime property and a less advantageous tax situation for foreigners. As a result, sales volume was 30 percent lower in 2018 than it had been in 2013. Prime property prices were 15 percent lower than in 2014. And the higher the price point the bigger the drop.

Brexit uncertainty continues, and the 2019 government budget includes another increase in the transaction tax, all only partially offset by Sterling’s decline. “Roll up, roll up!” 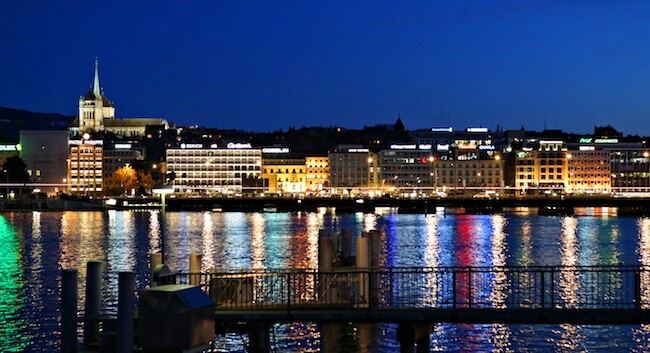 This is probably the most expensive major city in Europe. Since 2015 prices have increased dramatically, despite a slight dip in 2017 and a leveling out in 2018.

International buyers of luxury real estate used to come to Geneva to hide their money. Today they come for security and certainty. Buyers who formerly saw London as the safe haven have, since the Brexit vote, turned to Swiss cities like Geneva.

Overall price levels in Geneva for luxury residential properties are among the highest in the world and participated in the big global city run-up of recent years. However, Geneva is one of the rare cases where the real estate market is not in a bubble but is considered stable. 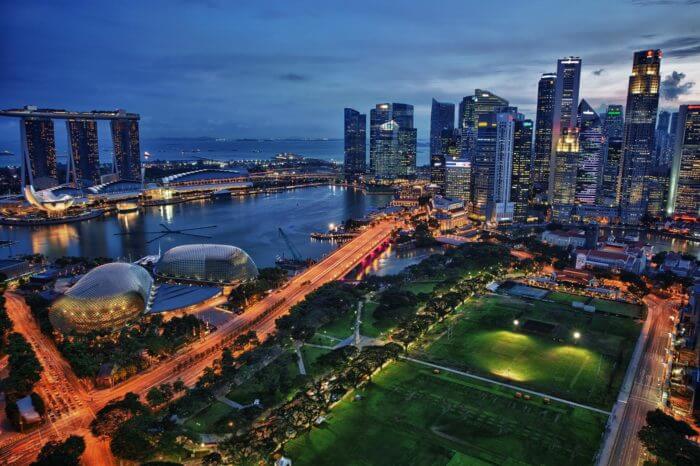 This has been a hot global city market – you saw Crazy Rich Asians, right? Prices in the first half of 2018 were on track to increase by double-digits on an annualized basis. Sales price increases for single-family homes were even stronger than the condo market. Much of the impetus came from demand by foreign buyers, fueled by speculation from domestic players.

While Singapore likes to see itself as the flagship of free market forces, the government there is not shy of giving the invisible hand some guidance when it is concerned about exuberance in the real estate market.

In mid-2018 Buyers’ Stamp Duties were raised and borrowing criteria on residential loans became stricter – both of which helped stabilize prices in the second half of 2018.

The general residential market in Hong Kong saw a steep drop in the number of closed sales in 2018 (as much as 50 percent), and consequent price reductions of around 20 percent from the peak in the early summer. The high end of the market, while also down from 2017, was much more stable ‒ as it has been for the past 20 years.

The high end is less buffeted by stock market indices and investor sentiment. But the overall market mood and jitters about an international trade war have nevertheless resulted in several buyers of prime property walking away from $20-million-plus contracts and forfeiting deposits in the millions.

Back home in Houston, it’s a relief not to be on that honor roll. Prices, even in River Oaks at the top end, are not subject to the whims of the so-called “new global aristocracy.” While market participants in River Oaks do keep their eye the international mood, buying and selling houses is a local affair.

Despite hyperbole in the residential real estate industry about the critical importance of global reach and international marketing, we are struck by the finding in our own research that, year after year, the number of River Oaks buyers coming directly from international locations is almost always zero. On the rare occasions one manages to slip in, there is inevitably already an established local connection.

We are confident that in this respect the picture has not changed for 2018, as you will read in our next full River Oaks Market Report to be published in January 2019.