Let’s jump right into the numbers. As we enter the final weeks of 2020, here is a snapshot of post-election activity in River Oaks real estate. 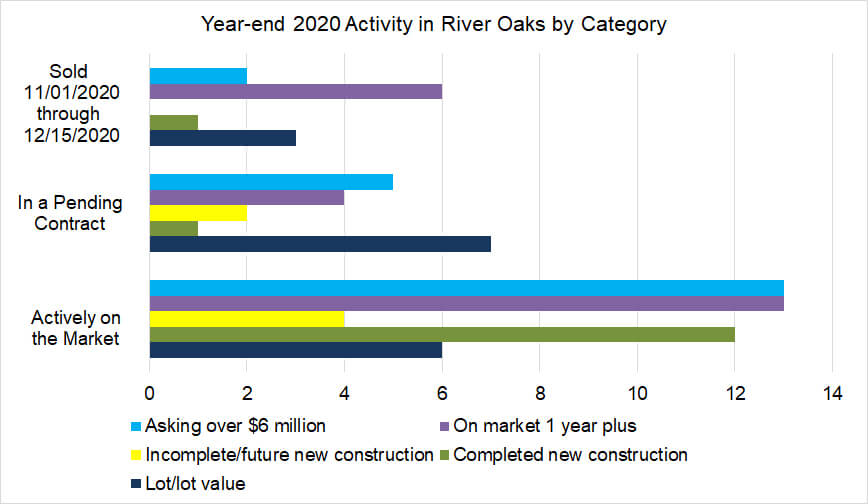 What’s most striking is that there have been so many newly pending contracts since mid-November. In a typical year one would expect River Oaks buyers to be winding down their activity after Thanksgiving Day.

And the make-up of those pending contracts is fascinating, too. Land purchases are significant, and it’s mostly the larger, pricier lots. Clearly, well-to-do individuals are staking claims on River Oaks dirt in premium locations. Often that land had been sitting under houses that did not attract buyers for a very long time.

There are also a few speculative developers in the mix. Speaking of which, three of the current pending contracts are for spec houses at the highest level of the market, coming as a great relief for some developers who may have been questioning the wisdom of their punt on the $6 million-plus market. 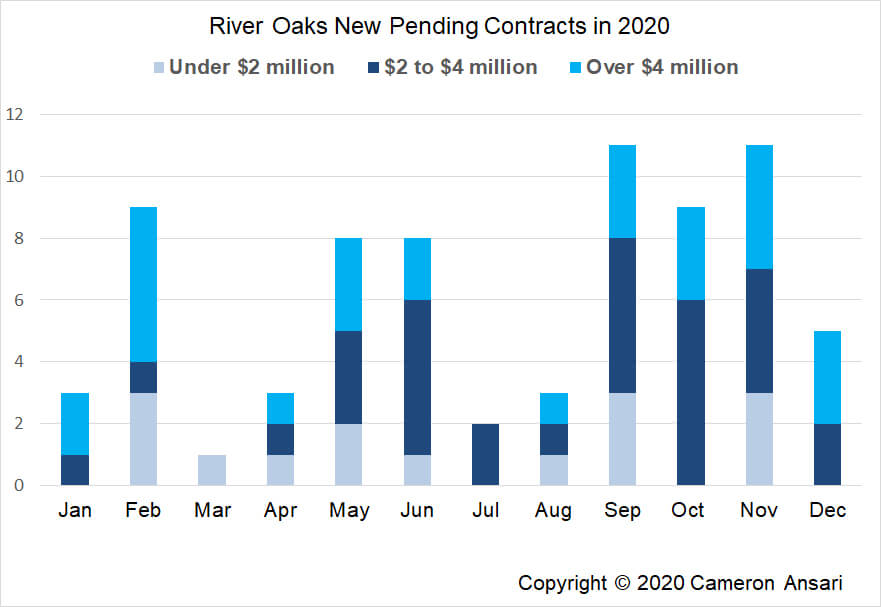 The strength of pending contract activity in late November and early December came despite a sharp drop-off in showing appointments at the beginning of November around Election Day. Those two indicators are typically much more tightly correlated.

In fact, it happens that those newly pending contracts were often for properties that had been around for a while and had been viewed by the buyers months ago. In the case of the lot/lot value sales, some of the properties had been on the radar of the buyers for a very long time. It just takes one or two sales to make the dominoes begin to topple.

The late burst of contracts was also a result of market participants hunkering down for a couple of weeks around the general election. Then, optimistic market signals and positive medical news from the vaccine-development sector helped boost the sense of confidence that is so vital to this market, especially following such a harrowing and uncertain year. 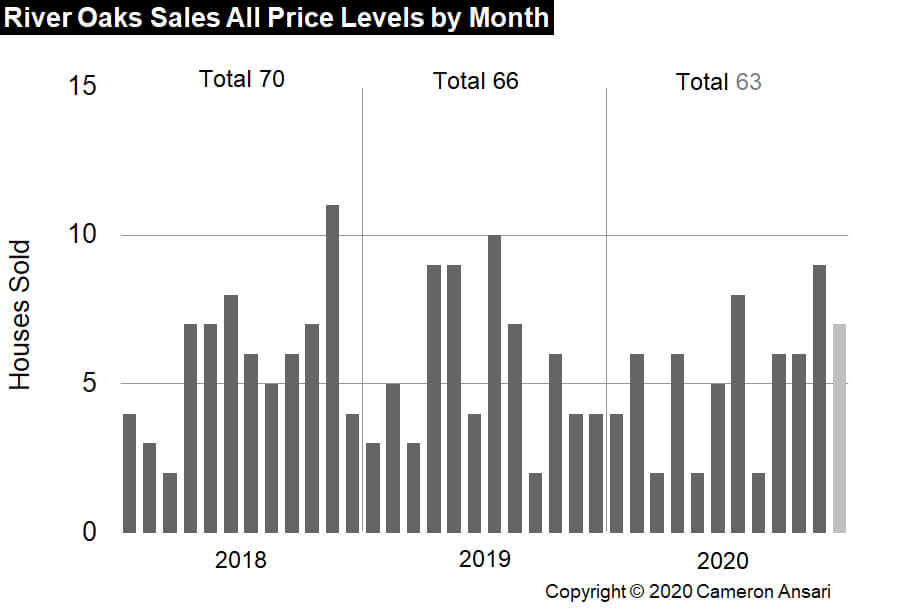 So, where does the market stand at year-end? We anticipate that closed sales of houses (not including properties that are demolished after closing) will be 63. That is lower than in the past two years, but a respectable performance in this wretchedly extraordinary year.

Inventory is higher than one would normally expect in December, not experiencing the usual drawdown at this time of the year from sellers withdrawing over the holidays. Add in the fact that the Spring 2020 market was truly hollowed out by the onset of COVID in March, and you can see that both buyers and sellers have some catching up to do. 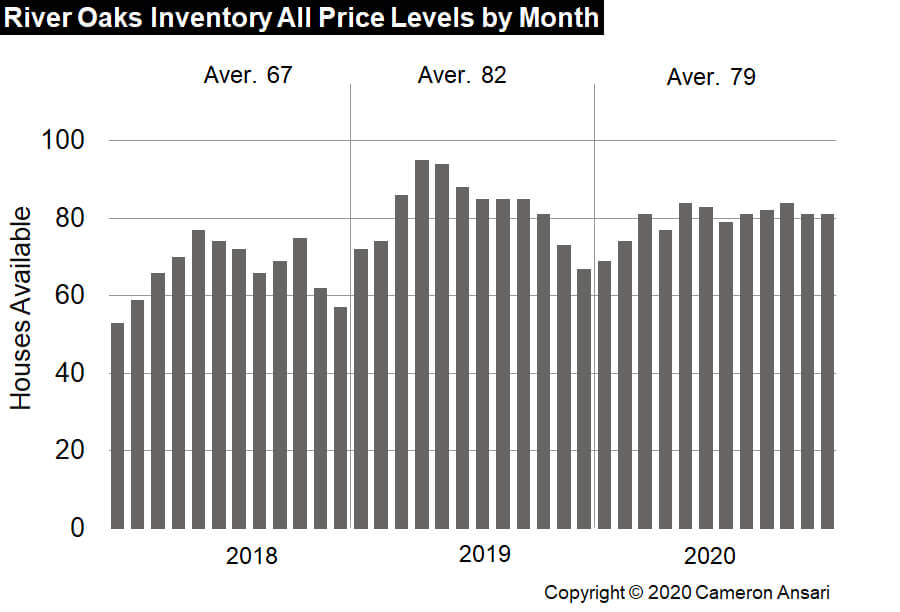 What’s in store for 2021? We will elaborate on that in detail in our semi-annual print publication, River Oaks Market Report, which goes to press in late January. It will include a detailed analysis of what really happened in 2020 — who was selling, who was buying, how they paid for it, where they came from, what they do for a living, and just how young they were. (To purchase the issue, click here.)

Our prediction is for a very quick start to the year for River Oaks in January 2021. To coin a phrase, get your skates on.

If you have been considering getting into the market – buying or selling – please get in touch with us at 713-240-2611. Teresa and Cameron can help you get a head start and give you the kind of in-depth guidance to make smart strategic decisions.