In past editions of River Oaks Market Report we have described how the high end of the River Oaks real estate market is the most unpredictable because it is the least driven by the economic factors that affect the majority of buyers and sellers. At the high end, caprice and unknowable motivations are more likely to seal a transaction – or preclude it from happening – than financial considerations or broader economic conditions.

And so it is, as we head into autumn, despite relentlessly dismal headlines and the local energy industry preparing for a period of consolidation, there are a number of highly qualified and capable buyers out there looking at very pricey houses. They just aren’t that motivated, just now, to put their interest into a contract.

A painstakingly scrutinizing visit to a magnificent property may be followed by the prospective buyer jetting off the next morning to a remote corner of the world for some impromptu fishing or with the excuse that Mrs. Buyer can’t possibly focus on real estate when it’s Paris Fashion Week.

Read behind the fitful attitude and it becomes clear that, while so many of the buyers and sellers who are ‘active’ in this market banked their fortunes long before oil prices recently tumbled, they are holding back. They are paying attention to real estate, but just not taking their interest to the next level.

It is always about timing, and our guess is that the high-end market will kick into action in the spring of next year … just as it did earlier in 2015 (see graph below). 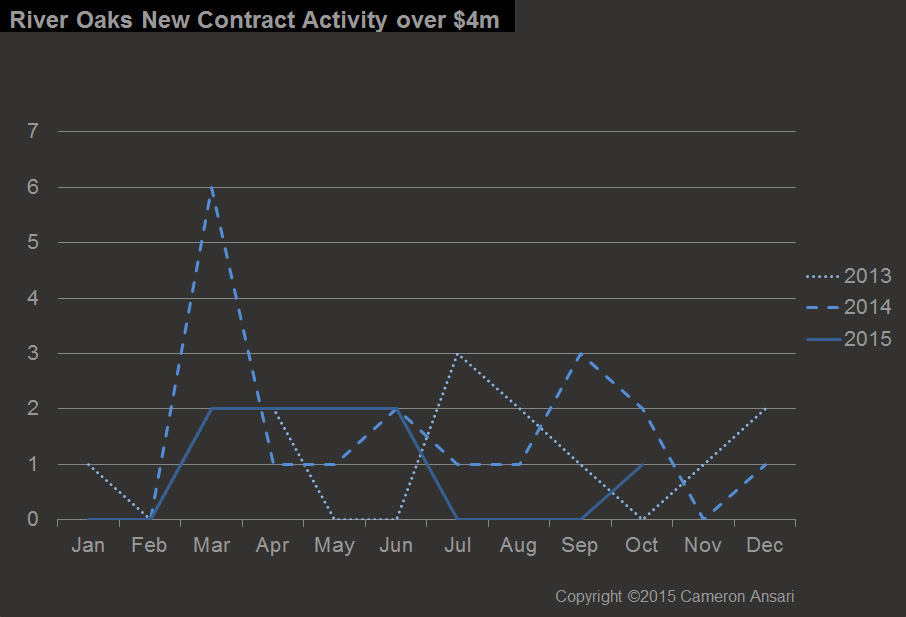 While there has been no new contract activity in this sector since June, showing activity (see graph below) has remained strong, even though early October has been rather quiet. The strong uptick through the end of September is an indicator of pent-up demand, just waiting for everything to settle down a little.

And at the entry level …

Just as the third quarter has been sluggish at the high end of the River Oaks real estate market, the entry level market has also proved frustrating.

There hasn’t been a closed sale of a house priced below $2 million in River Oaks since May 2015. The eight transactions below $2 million since May have all been properties for demolition – that is, lot sales. We are careful not to describe them as being “for lot value,” however, because we feel that there is a good argument for saying that the speculative builders who bought these properties have been overpaying.

One could argue further that it is no longer possible to successfully build speculative new construction on any lot smaller than 9,000 square feet in the River Oaks market. But people will keep trying. 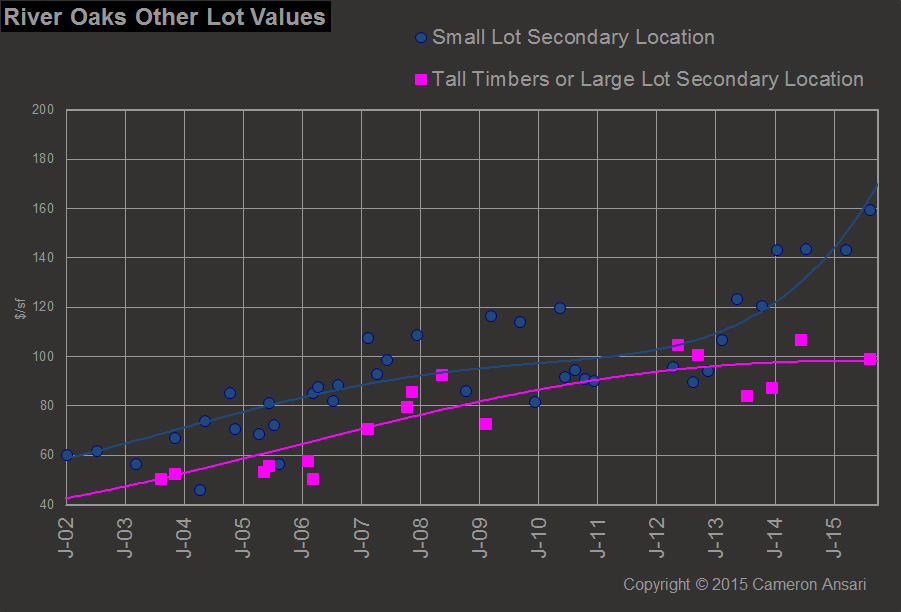 That’s not to say that there are no houses for sale for $2 million or less. There are, in fact, eight to choose from. 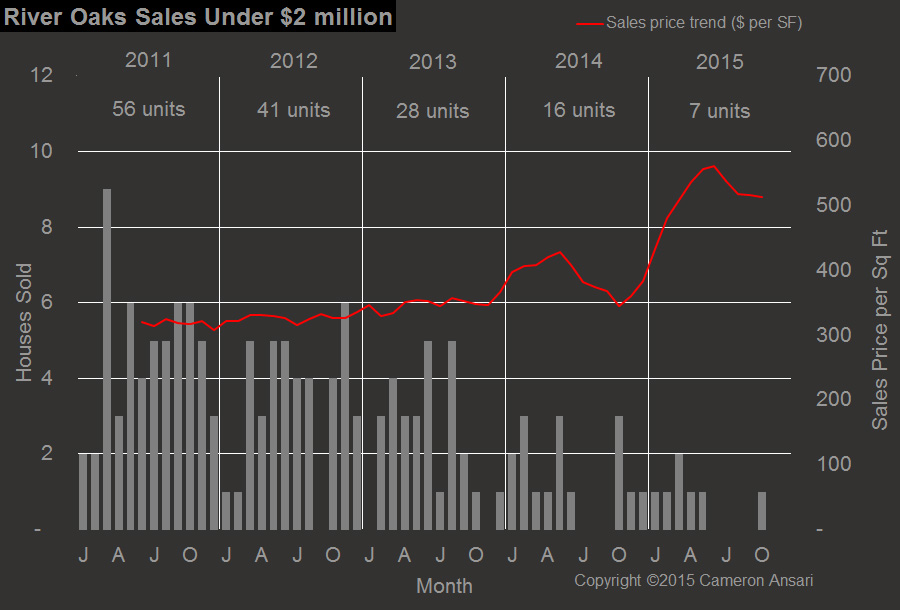 All but one (see below) need some work, some more than others. But let’s remember last October when there was just one habitable house on the market priced at less than $2 million.